It is about rediscovering awe for your world, your Creator, and yourself.

If the stars somehow do reflect mankind's experience on earth, this reflection cannot be an accidental coincidence. Instead, it must be an intentional feature purposely designed into the fabric of this reality. If so, then the patternings of the stars might best be understood as a type of code or writing, almost like the Creator's shorthand. But therein lies astrology's Eternally Insurmountable Problem, because human beings can never hope to master the language or thought processes of their Creator. Because of this limitation, no astrologer can promise to provide a perfect translation of the heavenly script.  While the stars reflect mankind's earthly experience, no human can read that reflection with complete accuracy. Pathfinder Astrology is no exception, and so cannot guarantee complete accuracy in its reports and consultations.

For that reason and others, over the last few decades it has become fashionable in the astrological community to downplay prediction and forecasting, and focus almost exclusively on "safer" astrological services that only offer psychological and character analysis - services that are so subjective the astrologer never has to worry about being proven wrong.

Pathfinder Astrology is not that kind of astrology practice. The prestige in astrology has always been in making accurate, clearly articulated and correctly timed predictions, and achieving that goal as consistently as possible remains the mission of Pathfinder Astrology.

Not every Pathfinder prediction will come true, and it is the responsibility of consumers to take that into account. But it is the intention of this astrology practice and others like it to provide enough evidence that there indeed is "something to astrology after all" to inspire mankind's best and brightest to once again take up this ancient field of study and run with it. 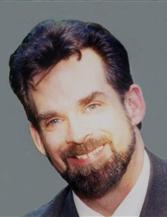 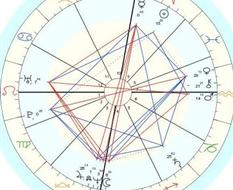 What can astrology do for you?

It's one of the most available paranormal experiences there is.

You may never see a UFO, encounter a ghost, witness a miracle, or even visit a crop circle, but you already have your very own birthchart - the intricate design of the heavens at the exact moment you were born.  This means you don't have to go to a seance or a haunted house to encounter the paranormal, because it has been a part of you since your very first breath.

Exploring astrology can be a stunning experience. Discovering what is written in your birthchart can refresh your sense of wonder at the universe and your place in it.  It can renew your faith in God.  And it can be great comfort to learn that there is an order in our lives even during times of apparent chaos.

While the study of astrology promotes self-understanding and self-acceptance, a good astrologer should also be able to give advance warning about important changes coming up in your life.  Astrologers can tell you when positive developments are coming so you can have something to look forward to, as well as telling you when hard times are coming so you can prepare for them as well.

astrology is not about control

It shouldn't be that way. And it won't be much longer.

Much of what you think you know about astrology may

be wrong. Most people have never even met an actual

astrologer, much less consulted with one. Our culture

does not produce many astrologers, and too many

of those it does produce are poor examples of the

practice. This comes as no surprise. It's not like

to take up this profession.  Instead, it does everything

it can to discourage interest in the subject.

The media seldom bothers to turn the screws on other popular paranormal subjects like psychics, mediums, ghost hunting, haunted houses, Joseph Smith's golden plates, Mohammed's 72 virgins, the Shroud of Turin, crop circles, UFOs, angels, soul mates, destiny, miracles, or prayer, but for some reason they often seem to make a special effort to steer the public away from astrology.

That may soon change. It is an exciting time within the astrological community. The unprecedented astronomical, technological, and societal advances that have taken place over the last thirty years are revolutionizing the field. Astrology is, after all, nothing more than the comparison of the patterns of heaven with the historic record, and our ability to compare those two sets of data has expanded exponentially in recent years, due to improved measurement and  collection of astronomical data, improved access to historical data, improved data manipulation, and improved collaboration and data sharing. As a result, astrology's potential has now moved into completely uncharted territory. The practice of astrology has never before been where it is right now, and today's astrologers have several tools in their hands that previous generations never even imagined. Because of these and other factors, one of Pathfinder Astrology's most exciting predictions is that world opinion about astrology will do a dramatic about-face over the next twenty years (especially after Pluto enters Aquarius in 2024).

A practicing astrologer since 1979,

articles, and research papers on

astrology and other paranormal topics.

During his 35 years as an astrologer,

Novak has pioneered a number of

and Superconjunction Patterning to the toolbox of the modern mundane astrologer.

Novak's research has also been featured in such popular magazines as Fortean Times,  Gnosis, and Omni. He has been interviewed on many nationally-syndicated radio shows, including Coast to Coast With Art Bell, the Laura Lee Show, Sightings on the Radio with Jeff Rense, Mike Jarmus' Reality and Beyond, and dozens of regional shows across the US and Canada. He has also presented his research on a number of TV shows, including the PBS series Thinking Allowed with Jeffrey Mishlove, Seattle's Evolving Ideas with Elaine Smitha, and New York's Beyond the Unexplained.

Novak was a featured speaker at the 1999 and 2000 Conferences of the Academy of Religion and Psychical Research in Philadelphia,  the 2000 and 2001 Conferences of the International Association For Near-Death Studies in Philadelphia, the Fifth Ecumenical Conference on Christian Parapsychology in Canterbury, England, and the 2004 Conference of the International Association for Regression Research and Therapies in Colorado Springs.