"You deserve a box of gold stars. I don't know how you do it, but you nailed it!  I look back at my charts from 2007 and you predicted this moment back then. I can't tell you how much those charts have helped me over the years. You are good at what you do and have a natural talent. Thank You!"
- Susan G., Illinois

"Peter Novak has been a trusted astrological advisor for nearly 14 years.  Over the course of those many years, Pete has accurately predicted many changes in my life including the loss of my mother, moves across the country and adjustments in my professional life.  I have so enjoyed Pete’s astrological expertise that I have enlisted him to complete charts and predictions for several friends and family members; all of whom were very intrigued, surprised and satisfied by his knowledge.   I would highly encourage you to take the opportunity to work with Pete.  His accuracy, thoroughness and dedication to his craft are certain to impress."

"This is crazy ... and amazing!  Creeps me out how accurate the majority of things are on here

"That was extremely accurate.  I can't wait to hear more."

"It was enlightening and reaffirming at the same time."

"Your day-by-day has been pretty spot-on."

Since 2013, Pathfinder Astrology has been conducting an online experiment, publicly posting highly-accurate time-stamped predictions of national and international news. 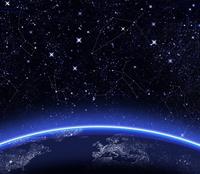 A major international crisis unfolds between 2020-2025, while Trump wins re-election and completes his second term, and several members of the Obama administration are indicted and convicted.

Pathfinder Astrology is pleased to offer personally written, custom made reports, available via mail or email.

Where We Go Next

While astrology focuses on our births and what they mean, my previous books on theology and the paranormal focus on the opposite side of the human equation.

Astrologers are rare in today's culture, and good ones even more so. Learn what sets Pathfinder Astrology apart.

LEADING THE FIELD IN PREDICTIVE ACCURACY

While Pathfinder Astrology's articles, predictions, and analysis about national and international issues on Facebook  is a free public service, readers often ask if they can help support this work to promote wider interest in astrology.

When you were young, people probably told you that it's impossible to predict the future.

They were wrong. Astrology really does work, and since October 2013, I have been out here proving it every week.

certainly never  met one like me. There aren't many

astrologers in the world today, and most folks out there

experience, and nothing at all in the way of a documented

record of their predictive accuracy.

I on the other hand have been studying and practicing

this ancient wisdom tradition for 42 years, and have a

I will be the first to tell you not to believe in astrology until you see proof for yourself. After all, extraordinary claims require extraordinary evidence. There's plenty of "new age" types out there who talk the talk but don't walk the walk, and if you ask them for hard proof of their amazing claims, then all of a sudden the "stars aren't aligned" or they "don't do tests". Unfortunately, transparency and accountability are rare in this profession, which is why astrology has such a poor reputation today.

But I am a different kind of astrologer, and I run a different kind of astrology practice. I am a predictive astrologer with a solid record of accurate prediction, and I encourage people to examine my documented record for themselves. I have been making public astrological predictions since October 2013, and all my predictions have been preserved and recorded in their original unedited condition at my Facebook page. I am conducting this public service for two reasons: (A) to promote public interest in astrology so that the best and brightest of future generations will take up the study of this ancient wisdom tradition, and (B) to warn people about the crisis of 2020-2024.

I have made hundreds of accurate predictions online since October 2013, and you can examine them all for yourself at my Facebook page.

Almost a year and a half in advance, I correctly predicted Trump's win in the 2016 election, way back in July 2015 when he was just one of 16 different Republican candidates.  I even predicted, correctly, that Trump would be announced the winner at 2:30 AM the morning after the election! In October 2016 I predicted that the Chicago Cubs would win the World Series in seven games. In 2010 I predicted that Obamacare would never be successful, in 2011 I predicted that the Fukushima disaster in Japan would never get cleaned up, and in 2013 I predicted that Obama would not attack Syria even though they crossed his "red line in the sand". In 2014 I correctly predicted that Putin would win the standoff with Obama over Ukraine.  In 2015 I correctly predicted that the US Supreme Court would uphold Obamacare and gay marriage, and that President Obama would succeed in getting his Iran Nuclear Deal passed. I predicted that Senator John McCain would die by 2018, that Justice Kennedy would retire from the Supreme Court in June/July 2018, that Kavanaugh would ascend to the Supreme Court,  that the Mueller Report would not bring down Trump, that Canadian Prime Minister Justin Trudeau would win re-election in 2019, that Trump would find a way to build his wall, and that the Democrats' attempt to impeach Trump would fail to remove him from office. These and hundreds of other accurate astrological predictions are all documented and recorded for posterity in my public record, recorded on my Facebook page. You can go there and read them all right now if you want to.

Oh, and about all the chaos and madness of 2020? Like a voice crying alone in the wilderness, I have been out here since 2005 warning the world about the worldwide crisis that starts in 2020 and lasts into 2024. Buckle up.

I am not simply an astrologer. I am a serious scholar, researcher, and published author who has written several books, papers, and articles on theology and the supernatural - specifically on the ancient world's Binary Soul Doctrine, an integrative synthesis of psychology, comparative religion, and modern reports of paranormal phenomena, especially near-death experiences, past-life regressions, and other afterlife-related reports. My research has been featured in OMNI magazine,  on PBS, on the Art Bell show, and on several other TV and radio shows. My articles and papers have been published in IANDS' "Journal of Near‑Death Research", in IARRT's "Journal of Regression Therapy", and CFPSS' "The Christian Parapsychologist", and I have been a featured speaker at conferences for the International Association for Near‑Death Research, the Churches' Fellowship for Psychical and Spiritual Studies, and the International Association for Regression Research and Therapies.  My books ("The Division of Consciousness", "The Lost Secret of Death", and "Original Christianity") have even made it onto the reading lists of a few college courses.

But in addition to my research into the Binary Soul Doctrine, I have also studied and practiced astrology for the last 42 years (these two seemingly disparate areas of study overlap in some  interesting and surprising ways via astrology's Sun/Moon duality) . I have a fourth book coming out soon  - "Liberty's Heartbeat" - on the astrology of the United States. Over the course of my 42 years in this field, I founded a groundbreaking and revolutionary astrological methodology – the Pathfinder System – that you won’t find anywhere else.

For the last several years, I have been running Pathfinder Astrology, providing both public and private services. As a free public service, each year I provide numerous public demonstrations of predictive accuracy in astrology via my Facebook page.  I don’t think you will find another astrologer anywhere who has a documented record of predictive accuracy to match my own. I wish every astrologer out there had comparable predictive records, but regrettably, most astrologers today do not make their predictive records transparently available to the public. In contrast, my own very open, public, and fully transparent record of predictions speaks for itself, and testifies to the value and effectiveness of my signature Pathfinder System.  My clients often claim that their Pathfinder Astrology reports are second to none, but you don’t have to take their word for it. Thanks to Facebook, my last several years of public predictions are all perfectly preserved in their original forms and their original posts, all of them date-and-time stamped for posterity.

Don't take anyone's word for it. Do your own homework. See for yourself. This isn’t your Gramma’s "Sun Sign" astrology, nor is it mixed with any mysterious psychic, mystic, tarot, channeled, or other kind of questionable or eerie supernatural material.  What I offer is just a straightforward study of the stars based on my signature Pathfinder System - pure astrology and nothing but astrology.

MY PRIVATE SERVICE
In addition to this free public service, I also offer private services as well - custom-made in-depth written astrological reports discretely prepared for a select and discerning clientele. Pathfinder Astrology reports run anywhere from 20-50 pages in length depending on the report, all personally written by myself using my signature Pathfinder System.  And unlike most other astrologers, I put extensive time into these reports, usually between two to five days per report, far more than the fleeting 30-60 minute sessions that most astrologers offer. Because of the extensive time I put into each one, I am only able to do a handful of client reports each year.

Custom written by an accomplished astrologer with 42 years experience, a proven track record, and my signature Pathfinder system, Pathfinder Astrology reports are a unique and exclusive service not available anywhere else at any price.